How do scientific companies approach marketing? Insights from LAB Innovations 2019

How do scientific companies approach marketing? Insights from LAB Innovations 2019 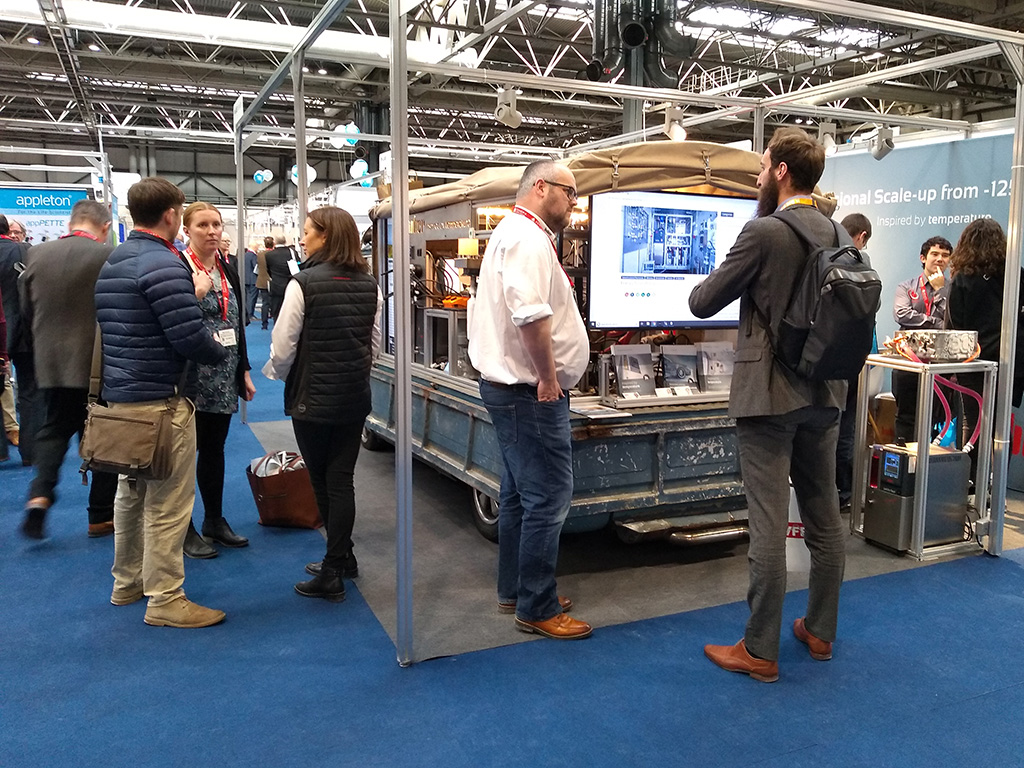 On 30 October, I paid a visit to LAB Innovations, the main UK tradeshow for manufacturers and suppliers of all types of lab equipment. As well as having some interesting conversations, I gained useful insights into how companies selling scientific equipment go about preparing their marketing literature. Read on to find out what I learnt…

A wide range of lab equipment

LAB Innovations has been running annually since 2012, and as usual this year was held at the NEC in Birmingham, attended by over 150 companies.

It was very interesting to see the wide range of products represented – everything from glassware to cleanroom equipment, to LIMS software and large-scale kit for industry. Quite a few companies present were distributors, but there were also plenty of manufacturers, primarily from the UK and continental Europe (especially Germany).

But what about their marketing materials?

Although I saw numerous excellent examples of booth materials, brochures and websites, it was obvious that some companies have yet to recognise the value of making their written literature clear, concise and compelling. In addition, from the conversations I had, I could tell that some marketing teams simply don’t have the resources or skills to write quality copy.

The need to be cost-effective is of course understandable. But it’s curious that companies who strive for excellence in so many other ways don’t seem to mind too much about the actual quality of written material they use to market their products.

Perhaps copywriters need to get better at explaining the benefits of using their expertise? One for the to-do list!

It’s obvious that some companies have yet to recognise the value of making their written literature clear, concise and compelling

Across the more specialist companies I spoke to, one challenge that surfaced is talking about products that are heavily tailored to individual customers.

Having lots of product options is great in one way because it means that the end-customer gets a product that precisely meets their requirements – whether that be for a customised piece of industrial kit or simply made-to-measure laboratory fittings.

However, it also means that product descriptions often become dominated by a plethora of options, which can be bewildering for the prospective customer. Some companies of course will leave it entirely to the salespeople to guide prospects through these options. However, this fails to take advantage of the power of well-structured pieces of literature, containing different levels of information, and delivered to prospective customers when they’re ready for it.

This is an interesting subject, and one I think I’ll return to in a future blog post.

The role of mercury in scientific equipment

As part of the main show, the RSC ran several talks, and one of these was a fascinating insight into how mercury has been used in scientific instrumentation over the centuries. Professor Andrea Sella, from the Materials and Inorganic Chemistry Section at University College London, started by giving a personal account of the properties of this mysterious element, including the experience of immersing his hand in a bucket of it!

Professor Sella then explained why he believed that mercury was ‘the element of science’, showing that, because of its use in pressure gauges and vacuum pumps, it had been essential in many scientific discoveries. It even played its part in the Michelson–Morley experiment, by being used as a ‘bath’ on which the interferometry apparatus was floated… the results of which ultimately led Einstein to develop his special theory of relativity.

He finished with the bittersweet sentiment that despite everything that mercury has given us, its toxicity to humans and the environment means that it’s time to stop using it. Science has already largely done so (when was the last time you used a mercury thermometer?), but its throwaway use in gold extraction remains a major concern.

In all, LAB Innovations 2019 was a great event that gave me a significant insight into how companies approach the marketing of their scientific products.

Thanks to the historical perspective on mercury provided by Professor Sella, it also showed me that although it tends to be the scientific research that reaches the headlines, it’s the constant innovation in laboratory equipment that makes great discoveries possible!

If you’d like to get a fresh perspective on how to write about your scientific equipment, then please do get in touch.