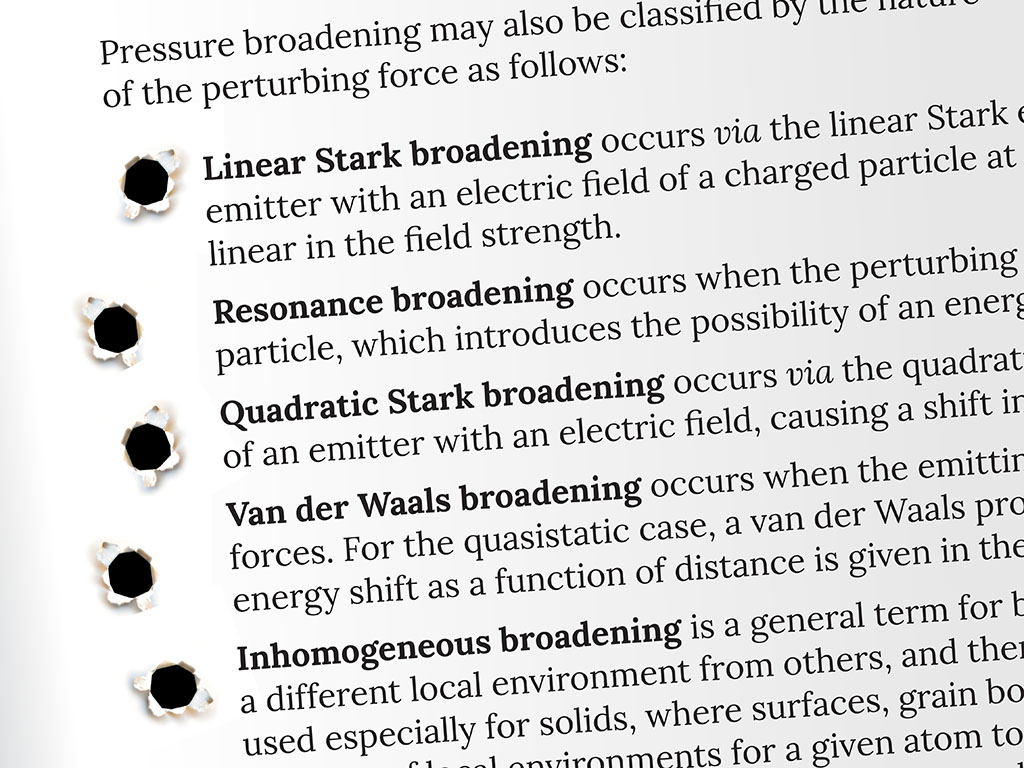 Bulleted lists are great for breaking up long lists into manageable chunks and for making your copy easier to scan. But are you getting the most out of this useful format? Follow these 12 tips for writing and formatting bulleted lists, and your key points are guaranteed to come across more strongly.

Take your time over bulleted lists

When presenting a set of related ideas, categories, features or benefits, the bulleted list is a winner on several levels. Not only is a bulleted list more visually appealing than a solid wall of text, but it helps the reader by breaking a complex chunk of information down into simpler elements.

But although writing out a bulleted list might seem like a quick job, doing it well requires considerable thought. To help you ensure that your next one works well, I’d like to share this checklist of best-practices for writing and formatting bulleted lists in your copy.

#1: Avoid more than seven items in a bulleted list

The first point is a structural one – don’t list too many things at once. A long bulleted list is certainly better than the same information presented as a solid paragraph, but the more items there are, the less engaging the list is, and the less likely it is that the reader will spot the points that interest them.

So keep your bulleted list to a maximum of about seven entries, and if it’s more, ask yourself, are all of those points really necessary? And if they are, would splitting up the list under separate headers make the individual entries easier to find?

#2: Use bullet-points with visual impact

Round solid bullet-points are the default option for many, but it’s worth trying other symbols if they’re available (see below). I quite like the filled square, the right-hand arrowhead, and the right-hand French angular quotation mark, while the check-mark can come in handy when formatting a list of benefits or included features. You could even go for custom bullet-points that mirror your brand, so long as they’re not too elaborate.

Word-processing packages typically offer tempting options for formatting bulleted lists at multiple levels, but in practice you should only use them when you absolutely have to. The more complex your bulleted list, the less understandable it will be at first glance.

However, if you do decide to go down this route, I’d recommend using a different symbol with a reduced weighting or size, such as the en-dash, the right-hand angle-bracket, or the open circle (see below). This prevents them distracting attention away from the top-level entries.

Having your bullet-points the same colour as the body text is the norm, but in a piece of company literature, using the brand colour for the bullet-point symbols gives a more professional touch.

Many brands have complementary colours, and if this is sufficiently strong, then it can help draw attention to the bulleted list without causing a colour clash.

#5: Adjust the indents and spacing carefully

Indents are normally handled well enough using the default settings for bulleted lists, so there’s no excuse for badly indented text or inconsistent alignment. I like to indent the bullet-points themselves by a few points compared to the body copy, as this is more visually pleasing.

Sub-bullets should be indented further in, and it’s worth experimenting with the settings so that you achieve a satisfactory alignment that doesn’t distract the reader.

Also ensure that the paragraph space between separate bulleted items is sufficient to avoid a text pile-up. If the entries themselves are short, a spacing that is a bit less than the regular paragraph spacing helps to keep the list looking coherent.

#6: Keep the text as short as possible

Moving on to the text itself, and the impact of bullet-points is greatly reduced if each bulleted item drags on for several lines. I’d recommend a maximum of four lines of text per item, and preferably just one or two.

Also, try and keep each bulleted item about the same length – switching from short text to long text is distracting, and may give a misleading impression of the importance of the entries.

#7: Use lead-ins for longer entries

If the text of your bulleted items is relatively complex, and you can’t reduce the word-count, then a good tactic is the lead-in. This is a few words formatted in bold at the start of each item, usually followed by a colon, full-stop or en-dash (scroll down to see the example in the graphic below). You will, however, need to phrase the lead-ins carefully so that the reader doesn’t lose track of what you’re saying.

#8: Use a consistent text structure

Speaking of phrasing, a vital aspect of bullet-points (in my opinion) is parallelism. This is writing the text so that each bulleted item starts with the same part of speech (e.g. verb, adjective, noun, adverb), and ideally uses the same sentence structure. Following this rule lends emphasis to what you’re saying, makes it easier to scan, and avoids mismatched phrasing between the introduction to the bulleted list and the list itself.

There are various styles of punctuation used for bulleted lists, but one thing is clear: in running text, you should always introduce your the list with a colon (:). The semicolon (;), although widely used, is incorrect.

As for the punctuation should you use at the end of items in your bulleted list, being consistent shows off your attention to detail. There are three options:

Ultimately, you should avoid any usage that distracts from the text – if it looks odd, then change it!

Starting each bulleted item with a capital letter is recommended in nearly all instances. But where the bulleted items ‘run on’ from the body text above, then lower-case can make it clear that the sentences are intended to be read in that way. I’ve shown an example of this in tip #11.

#11: Use them for the right reasons

The tips above cover how to use bullet-points, but when should you use them?

I think you should consider using a bulleted list:

If any of these don’t apply, then check that a bulleted list really is the right way forward. If your message makes more sense as body copy, it’s probably better that way.

And one final word: because the eye is naturally drawn towards bulleted lists, using them too liberally will reduce their impact. So use them only where necessary, and where they don’t vie for attention with other elements of your copy.

Battling with bullet-points? If you need help structuring your message for easy understanding, please get in touch.